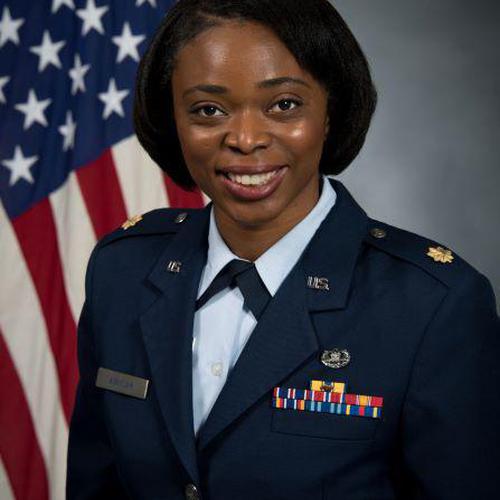 Maj Daria C. Awusah is an instructor in the Professional Outreach Division of

Air Force Base (AFB), Alabama. In this capacity, she serves as the Editor-in-Chief of

The Military Commander and the Law, the premier legal reference

instruction to Air Force military and civilian attorneys and paralegals, as well

through direct appointment and entered active duty in March 2013.

Maj Awusah is admitted to practice law in Texas, Maryland, and the District of

Columbia, as well as the Air Force Court of Criminal Appeals and the United

States Court of Appeals for the Armed Forces. Prior to her current position,

By clicking 'Accept', you agree to the use of cookies. To learn more see our Privacy Statement.